Changes in the Inca tradition

The changes that this tradition has experienced during the past 500 years can be illustrated by means of several examples: Concerning the prophecy, today we have six women and six men as the basis – instead of 12 women and one Inca. This is a radical change. Enlightenment will not exclusively be achieved by a man but instead, a woman and a man will attain enlightenment at the same time. The entire system has thus been transformed and developed further. 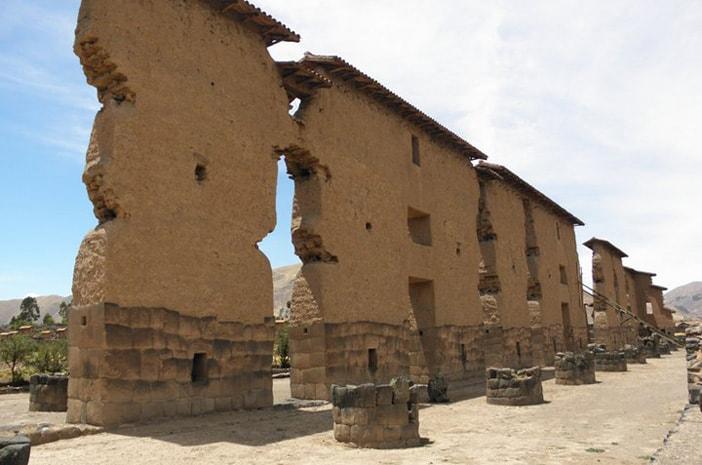 Defined in general terms, shamanism describes the ideas and practices of a shaman who takes care of a small community, a tribe or a clan utilizing his spiritual powers. The shaman has the ability to call on supernatural (metaphysical) forces and use them for the benefit of his surroundings. 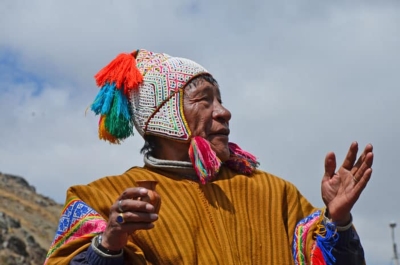 The prophecy of the Incas

The Tawantinsuyu, the Qechua name for the Inkan empire (“Four nations united“), was ruled by an emperor by divine right, who was equipped with great personal strength. This Inkan was regarded by his subjects as a vehicle of cosmic energy, in whom the order for prosperity and justice was inherent and who at the same time ensured that Ayni (reciprocity of give and take) was fulfilled and lived by all. 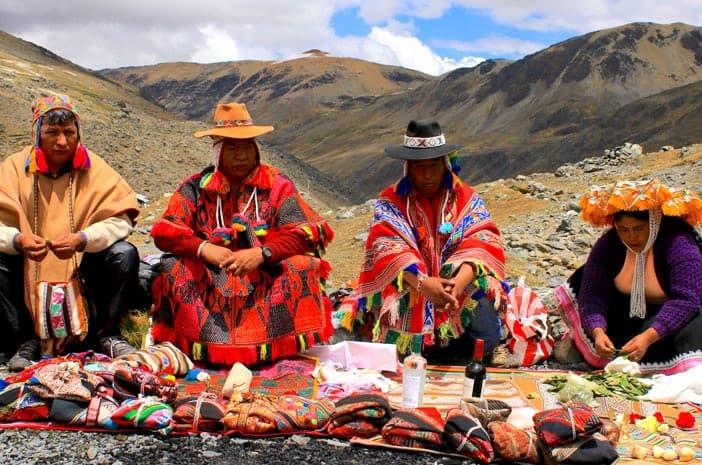 The Q’eros: Descendants of the Incas

The remote villages of the Q’eros are located at an altitude of over 4,400 meters (approx. 14,400 ft) above sea level in the snowcapped Vilcanota mountain range, the highest in south-east Peru. The Q’ero nation currently numbers around 2,000 people, divided among 14 villages. 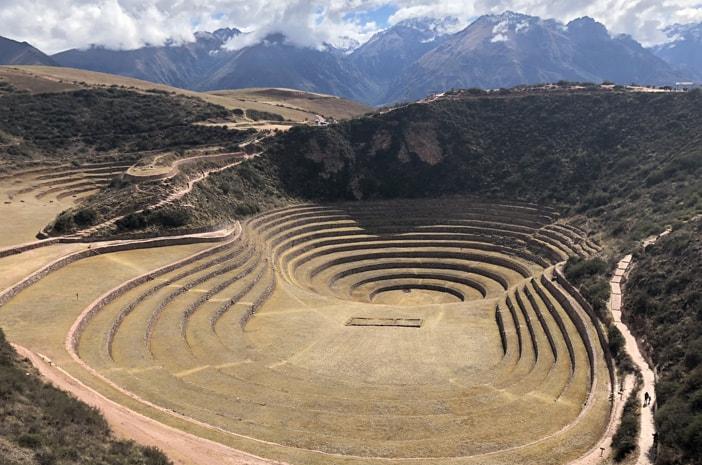 AYNI – the force of reciprocity

The low clouds are like fog banks around the Andean peak. It is early morning. I have traveled thousands of miles, halfway around the earth, to these high altitudes where the air is thin. For five long years I have waited to get here, since I first learned about the indigenous people’s beautiful and timeless wisdom.