The return of the Inca

The Tawantinsuyu, the Qechua name for the Incan empire (“Four nations united“), was ruled by an emperor by divine right, who was equipped with great personal strength. This Inca was regarded by his subjects as a vehicle of cosmic energy, in whom the order for prosperity and justice was inherent and who at the same time ensured that Ayni (reciprocity of give and take) was fulfilled and lived by all.

In order to re-establish Ayni and the now forgotten prosperity of earlier days, Andean mystics await and prepare for the Return of the Inca.

In contrast to earlier days, the Inca is no longer a noble monarch, however, but rather a person who has reached the 6th level of consciousness – a plane that is said to have been inhabited by enlightened people such as Buddha, Confucius, Mohammed, St. Francis of Assisi or the disciples of Jesus.

In the Andean tradition, the return of the Inca also stands for a social transition to a new era of wealth and abundance the like of which has never before been experienced. This phase is referred to as Taripay Pacha – the “time in which we meet again” or “the time of the holy spirit.” 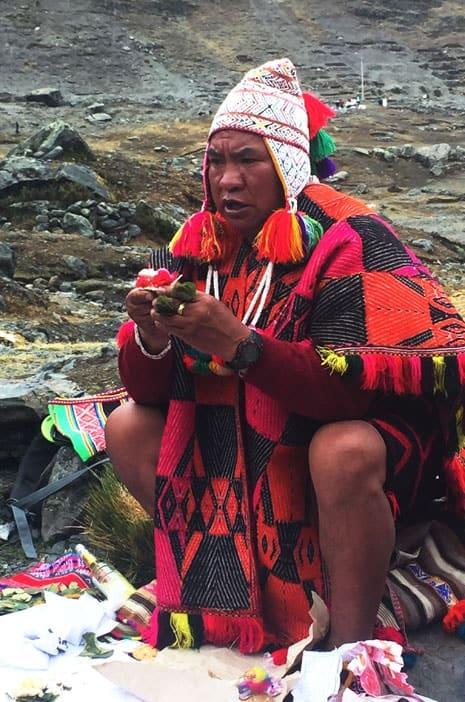 The transition to this time is a process that, according to the prophecy of the Inkas, will take place in four phases:

First phase:
This phase is referred to as three years of cosmic changes or Pachakuti. During this time of upheaval, Taytanchis (“our father”) reveals himself to his three children and asks them to practice Ayni.

Third phase:
Twelve years of maturation, during which the conditions necessary for the establishment of a new age are created. These include, for example, a sufficiently large number of practitioners of the spiritual tradition of the Incas on all four levels of consciousness and a new initiation ritual called Mosoq Karpay.

Fourth phase:
There then follows a time of prosperity during which two more planes in the Andean hierarchy of human consciousness are revealed – firstly, a person of the 5th level, called Inka Mallku, who can cure all diseases instantly and reliably; secondly, an enlightened person (6th level) called Sapa Inka.

Where we stand today

According to the announcements made by the two Andean masters independently from each other on January 1990 – Don Manuel Qispe and Don Jesús Qana – the time of cosmic changes (Pachakuti) began on August 1, 1990 and the time of growth accordingly on August 1, 1993, followed by the phase of maturity in 2000.